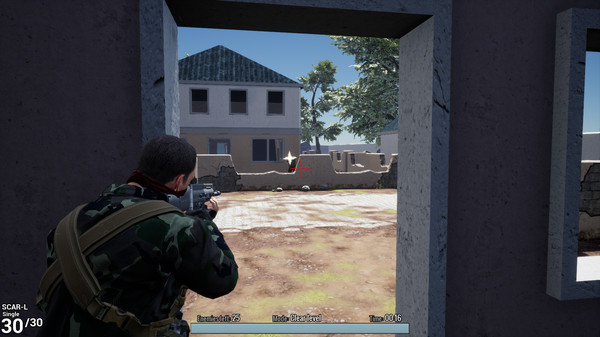 The Battle Royale genre is slowly taking over, with PUBG leading the pack and so many others following its lead. You’d be forgiven, however, if you weren’t so hot at those games given that they require a certain set of skills. That’s why the PC game Battle Royale Trainer exists — to help you hone your skills!

It’s availabe on Steam right now for $4, and developer Trickjump Games knows exactly who they’re targeting with this cheap release. It’s meant to be an enormous area that lets you train and practice your battle royale moves, like you might see in titles like PlayerUnknown’s Battlegrounds. You can customize your loadouts, scenarios, weapons, and more in-game, so you can become a better player in general.

The game lets you battle throughout various AI instances in woodland areas, urban sprawls, and even a firing range with plenty of decor like houses with large windows and other gross-looking dilapidated areas for you to duck in and out of — just like a PUBG simulator. With all the customization options and everything you can change up to practice different sorts of play modes, there’s a lot to learn from this trainer. It sounds like an exploitative title, but honestly it’s pretty genius. There’ll probably be a lot more like it springing up as the year wears on.