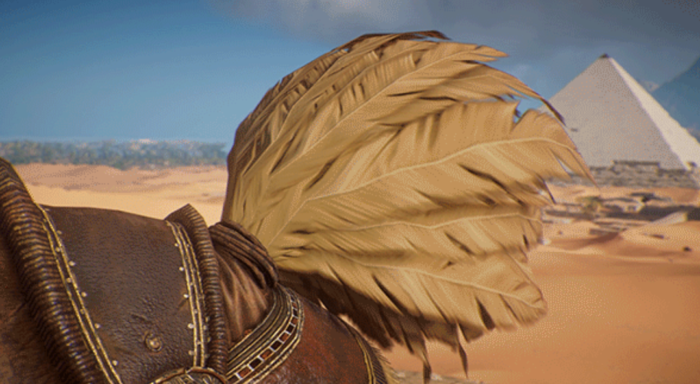 Out of all the things that could appear in Ubisoft’s Assassin’s Creed Origins, a fluffy-tailed chocobo probably wasn’t something you could have called. Granted, there was an entire Assassin’s Creed-themed event in Final Fantasy XV, so it makes sense that the two worlds should collide once more.

Thanks to an update from the official Ubisoft website that appears to show off the fluffy yellow bird’s tail after mentioning a “new surprise quest”, we have to safely assume the December 2017 update for the game may well feature chocobos for you to ride on. And if that’s actually happen, it may be the best crossover that’s happened all year, probably.

If you’re a Final Fantasy fan, it would make sense for you to start being an Assassin’s Creed Origins fan too, especially if you consider the crossovers the two games have shared and will likely continue to share with Square Enix and Ubisoft working in tandem together.

Just look at how adorable that chocobo’s tail is. It’s too cute for words. Wouldn’t you rather ride on one of those over anything else in the game? We thought so.