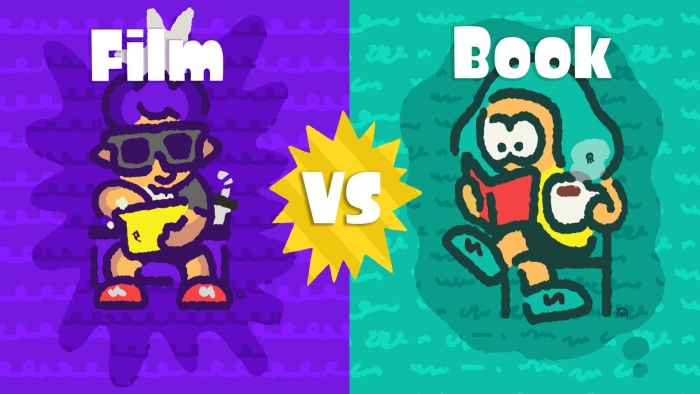 The latest Splatfest for Splatoon 2 would be the classic debate of books versus film, Nintendo UK announced on Twitter early Saturday. This European-only event to decide whether the book is better than the movie begins on Dec. 9 at 15:00 GMT.

The Splatfest is a limited-time event where players pick one of two sides and win Turf Wars competitive multiplayer mode matches to tally votes for their side. Past examples have included fantasy versus sci-fi, hot versus cold breakfast, front or back roll when hanging toilet paper, and the controversial mayonnaise against ketchup.

Splatoon 2 recently received its 2.0 update in late November, which raised the level cap and added new gear and maps. The update also made small adjustments to character movement, weapon balancing changes, and many bug fixes. Check out the long list of patch notes here.

Splatoon 2 is now available only on the Nintendo Switch.

EU #Splatfest ink-coming! Are you a film fanatic or a book buff?

Pick a side in-game and battle it out next Saturday @ 15:00 UK time #Splatoon2pic.twitter.com/fTZiDNpW3R