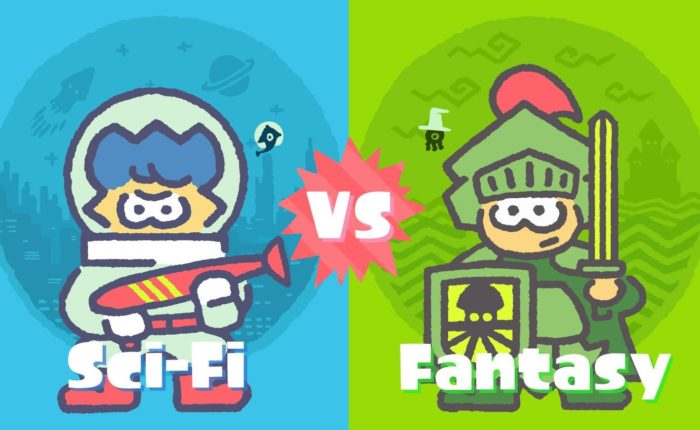 The most recent Splatfest asked Splatoon 2 players which of these two genres they prefer: sci-fi or fantasy. After three losses to Pearl, Marina has finally achieved her first win in the US, as team fantasy defeats team sci-fi with a score of 2-1.

Marina’s team has usually won the popularity vote. The solo and team win percentage is what has been holding her team back victory. In this latest Splatfest, team fantasy wins by the skin of its teeth, thanks to the solo players attaining a win percentage of 51% versus team sci-fi’s 49%. Just as close were the team win percentage results, in which sci-fi inched ahead with 51% against team fantasy’s 49%. Luckily for Marina, fantasy proved to be the more popular of the two, gaining 57% of the votes compared to sci-fi’s 43%. Two winning categories gave team fantasy the win. Congratulations to all of you wizards and warriors out there!

This marks Marina’s first win since the release of Splatoon 2. Marina did achieve victory in the free Splatfest World Premier that aired before the game’s launch, but this is her first win in the full game.

The next Splatfest will be revealed next month. The original Splatoon featured a naughty versus nice Splatfest, so maybe we will see another Christmas themed Splatfest for Splatoon 2 this year.