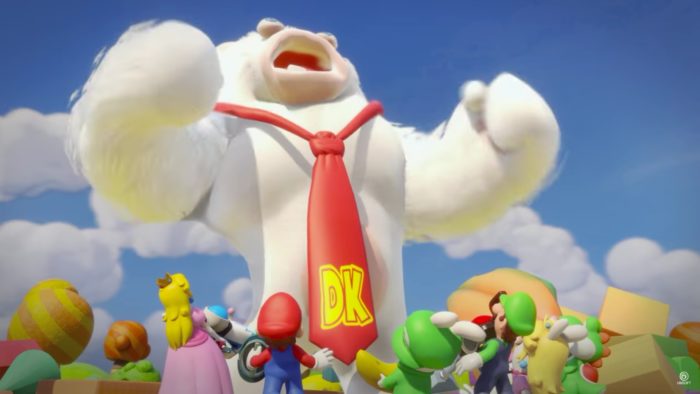 Ubisoft’s collaboration with Nintendo on Mario + Rabbids: Kingdom Battle turned out better than anyone could have ever imagined. Who knew that mixing together Mario characters with the Rabbids and putting them in a strategy RPG would turn out to be a good ol’ time.

Now, we know that Ubisoft’s title is going to be getting additional content in the form of a season pass, which would give players access to 8 exclusive steampunk weapons, new solo and cooperative challenges, and bonus story content. We didn’t know what that story content would entail, but thanks to an eShop listing (via resetera) for the Gold Edition of Mario + Rabbids, we now know just a bit more information.

According to the description in the eShop, the story content coming in 2018 will feature an “exclusive world featuring a new hero.” We don’t know who this new hero could be, but our guess would be a different Mario character or perhaps we can see an appearance from Rayman himself.

Mario + Rabbids: Kingdom Battle is available now for the Nintendo Switch. You can expect to see this brand new story content sometime early next year.