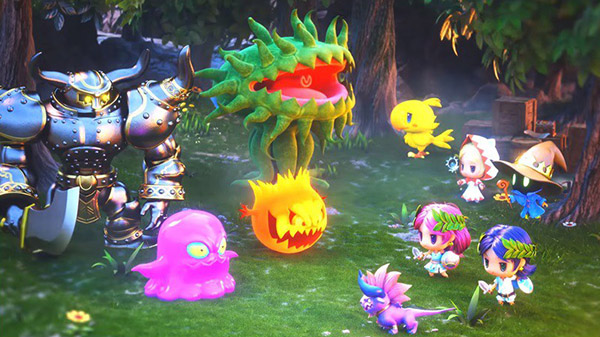 World of Final Fantasy: Meli-Melo is a new version of the adorable World of Final Fantasy that initially appeared on PlayStation 4 as a cute, Pokémon-like RPG. It’s getting a Japanese-only release next week on Dec. 12, according to Square Enix, though unfortunately there hasn’t been any official word on whether or not fans will be able to experience the game in the west.

The game has been available for pre-registration for some time now, with over 500,000 users having preregistered to give it a try earlier than others. There are a series of special items available for players who went ahead and pre-registered too, so if you’re planning on playing in Japanese despite there not being a translation currently available, you should get those as well.

World of Final Fantasy: Meli-Melo will feature a graphic novel-styled narrative as well as many of the same characters who appeared in the original game, with many of the same concepts as the first game as well. It’s also chock-full of some of the cutest versions of your favorite Final Fantasy characters that you’ll ever see, so there’s that. Let’s hope we see an English version of the game.