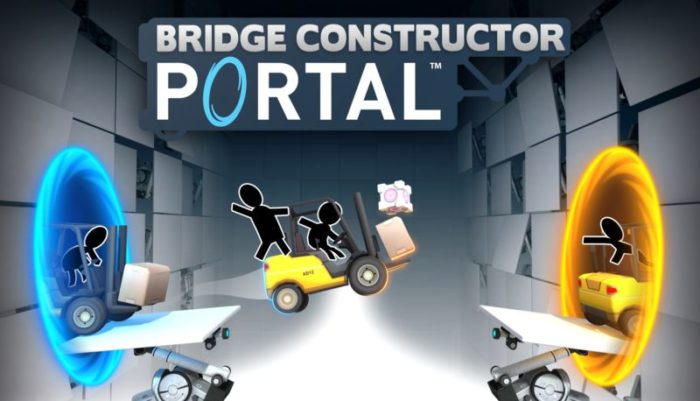 Valve fans have been waiting more than six years for a sequel to 2011’s Portal 2, and today Valve (kind of) finally announced one. No, the company that used to be famous for making games instead of selling them didn’t announced Portal 3, but it did announce Bridge Constructor Portal.

A collaboration between Valve and Bridge Constructor developer Clockstone Software, Bridge Constructor Portal is a standalone game coming to Windows, MacOS, Linux, and mobile on Dec. 20. A console version for PlayStation 4, Nintendo Switch, and Xbox One will follow in “early 2018.”

Clockstone has spent the last year working on the game that it says “will blend the laws of structural engineering and technology straight from Aperture Laboratories.” And, yes, Portal’s evil AI GLaDOS is in Bridge Constructor Portal and back to delivering her/its signature acerbic but monotone observations of player-characters.

“If you’ve been paying attention the solution should be obvious,” GLaDOS says in the announcement. “As the case may be… good luck!”

Portal debuted as one of the stars of Valve’s critically acclaimed The Orange Box compilation release in 2007. It received a more fleshed-out sequel in 2011’s Portal 2, which received even more acclaim than the original.

Bridge Constructor originally released on PC in 2012 before coming to mobile devices and consoles. Its reviews have been mostly underwhelming, but that hasn’t stopped the indie game from selling a million copies.