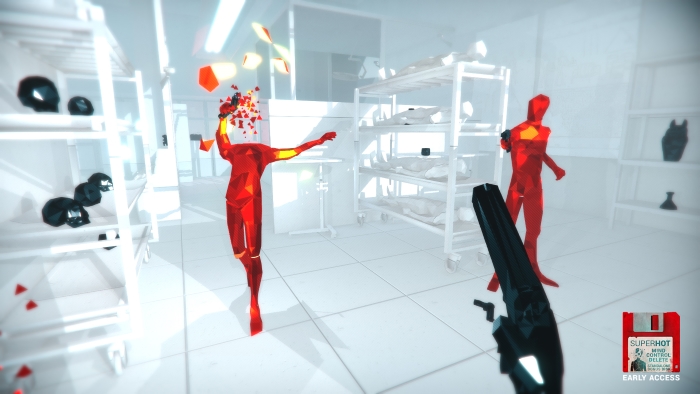 According to the title’s Steam page, the expansion is a “rogue-like” twist on the gameplay of the original where time only moves when the player does. The Steam Early Access version will feature:

The Steam Early Access title will be sold at a reduced price while in development, while the finished game will retail for $25. It has only been announced for Steam, and those who already own the original Superhot will receive the standalone expansion for free when the full version is expected to release in 9-12 months, or “autumn-ish 2018.”