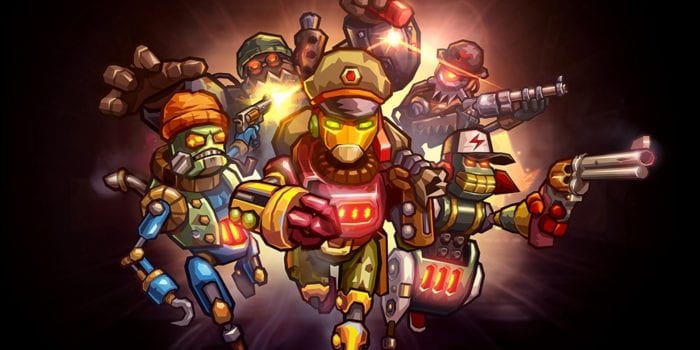 Developer Image & Form Games has announced today that it will be bringing its popular title SteamWorld Heist over to the Nintendo Switch before the new year. The port will be named SteamWorld Heist: Ultimate Edition and will include all of the game’s previously released DLC.

For those of you unfamiliar with the title, SteamWorld Heist is a turn-based strategy game that was originally released on Nintendo 3DS in 2015 and has since been ported over to PlayStation 4, PlayStation Vita, iOS, Mac, PC, Linux, and Wii U. The game has been praised by critics for its addictive gameplay and likeable characters, though admittedly there are some boring instances thrown into the mix and certain sections could use more cosmetic variety. Twinfinite itself gave SteamWorld Heist a 5 out of 5 in its review.

The title’s Ultimate Edition will be available on December 28 and will sell for $19.99. An additional character, new gear, and new hats are in store for veterans, as well as touch controls that take advantage of the Switch’s hardware.

Here’s hoping that more independent developers join the Switch bandwagon soon. It shouldn’t be too hard a decision, especially when considering the the fact that Nintendo just announced today that the hybrid console has sold 10 million units since launch.