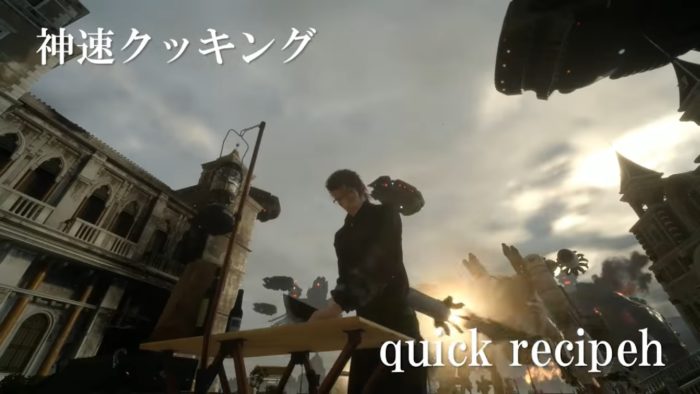 The Final Fantasy XV Episode Ignis DLC is slated to release before the end of the year, adding a slew of new gameplay mechanics with it. Players will have the chance to play as Ignis who boasts his own set of tactics and fighting styles in battle. That said, Square Enix has just shared a new Final Fantasy XV trailer featuring some of his unique skills.

His first skill, “Overclock,” engulfs his weapons with flames. During this state, he can fire off elemental bursts and strikes against enemies. “High Jump,” on the other hand, shows off more of his Dragoon side as he leaps into the air with a spear and comes crashing down on his foes.

Finally, “Quick Recipeh” allows Ignis to come up with a new recipe and literally start cooking during a fightStaying true to his character, he sets up a mini kitchen and even tastes his creation amidst the explosions and chaos. Interestingly enough, Ignis is actually invincible during the animation, acting as a perfect “shield” against powerful blows.

The Final Fantasy XV Episode Ignis DLC will be launching on Dec. 13 for the PS4 and Xbox One. Check out the trailer below to learn more: