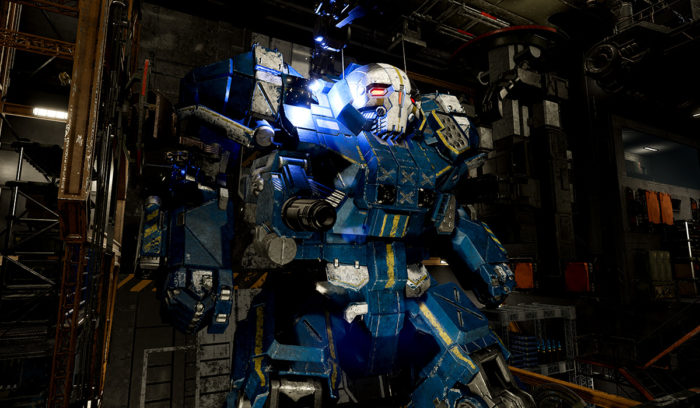 The Mechwarrior franchise has been around for a while now, sustaining its own cult following through its gritty futuristic universe, and these fans are in for some good news; Mechwarrior 5 has been revealed. There have been a great many Mechwarrior games, but in recent years there’s been something of a dry spell. The last Mechwarrior game to be released was Mechwarrior Online in 2013, but Mechwarrior 4, the last game in the main series, was released all the way back in 2002.

The announcement was made at Mechcon 2017, which has been happening in Vancouver over the weekend. The convention is centred around Mechwarrior and the Battletech universe in which the game is placed, so it’s the perfect place (full of ravenous fans) to announce the next title.

The trailer shows off some gameplay of these colossal mechs, with you piloting them and taking out countless enemy mechs of varying sizes. It looks interesting – a little quicker than what we expected (you’re piloting a lumbering 100-ton mech) but the groundwork looks fantastic. We’re not 100% on a release date, either, but late next year is highly likely. It’s also important to remember that what we’ve seen is probably a very early build of the game, which is why things like graphics aren’t quite up to par just yet. Have faith, though – the series is in good hands.

Also on the agenda for Mechwarrior 5 is 4-player co-op, so you can fight alongside your buddies; Steam Workshop support, which’ll end up resulting in some insane mechs; and VR support. The hype train for this game has only just left the station, and it’s already going at full speed. There’s loads more information about Mechwarrior 5 out there, and you can read it all by heading over to their site.