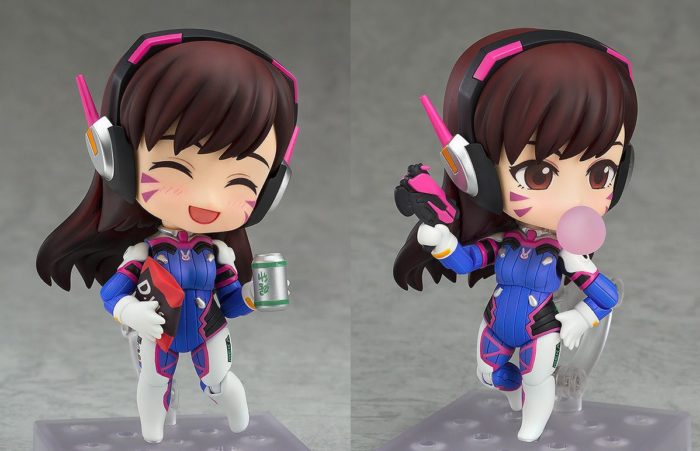 Figurine manufacturer Good Smile Company announced today that the next Overwatch character getting the Nendoroid treatment is no other than everyone’s favorite South Korean mech user, D.Va. Pre-orders are already available via Good Smile’s online store.

The sixth character in the the toy company’s Overwatch series, this Nendoroid includes all new hair articulation, allowing would-be collector’s the ability to articulate the character in each of her signature poses. Her MEKA companion accompanies her in miniature form and features malleable leg, arm, and waist joints, meaning fans will be able to recreate D.Va’s awesome robot ejection move with ease.

Accessories like a light gun and bubblegum bubble are included as well. Good Smile even takes a page from internet memes with this one, packaging chips and a soda should collectors want D.Va to just enjoy a relaxing day at home playing games.

Pre-orders last until January 25 and are purchasable for ¥4,900, or about $43. The Nendoroid officially releases in July.

A gallery featuring D.Va and all the goodies that come with her can be found below: