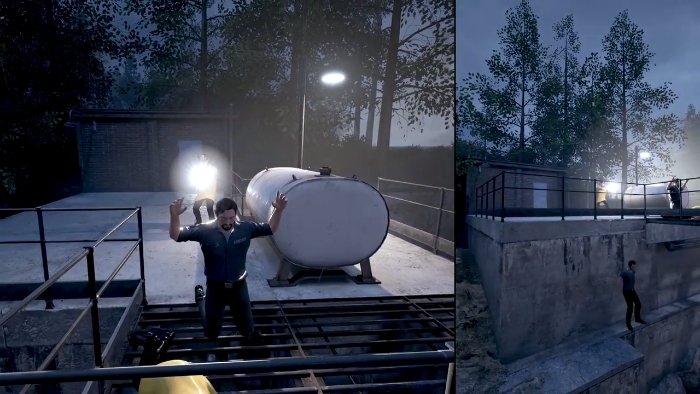 Electronic Arts announced a release date for A Way Out, the two-player cooperative adventure from the creators of Brothers: A Tale of Two Sons, at The Game Awards 2017 in a new trailer. A Way Out is coming to Xbox One, PlayStation 4, and PC on March 23, 2018. The game was originally shown at the EA Play event earlier this year, and is being developed by Hazelight Studios under the EA Originals program.

A Way Out features both split-screen and online co-op with each player assuming the role of either Leo or Vincent as they break out of a prison and escape the authorities. Since two players are required to play the entire game, EA is offering a “friends pass” trial that allows anyone who owns a copy of A Way Out to invite another friend to play for free.

“We developed the game to be experienced with a friend on the couch, but since that isn’t possible for everyone, those who download the friend’s pass free-trial will be able to play the entire game online with a friend who owns the full game and still get an awesome experience,” said Hazelight founder, writer, and director Josef Fares in a statement.

The only requirements are that both people need to play on the same platform, a PlayStation Plus or Xbox Live Gold account for consoles, and an internet connection. The second player will need to download the free trial, and will be available at launch.