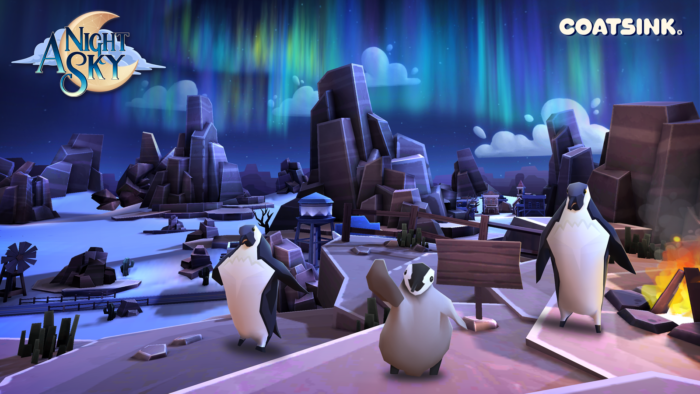 After the success of A Night Sky’s initial launch, Coatsink has continued to support the game with new content each month. The final pack, called Night of the Emporers, released yesterday Nov. 21. All six packs are now available as a discounted bundle for $3.99 or can be purchased individually for $0.99.

Released back in April of this year, A Night Sky is a Samsung Gear VR exclusive, compatible with the new Gear VR Controller. Players use a simple point and touch control system to connect star constellations to form various patterns. As these shapes are discovered, strange and wonderful creatures are brought to life that then stride, bound and glide around the hillside.

One of the game’s designers, Emma Hollingsworth, describes the game:

With A Night Sky, we wanted to create an accessible and charming introduction to VR that newcomers could pick up and immediately understand and play.

Oculus sat down with Coatsink for a full Q&A that you can find over on their blog.

You can check out the trailer for Night of the Emporers below: