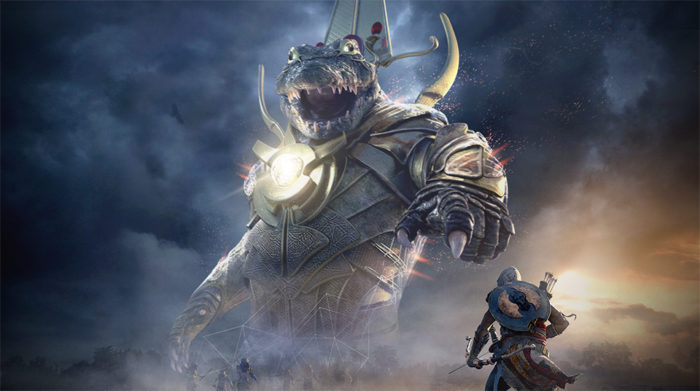 The latest Trials of the Gods monster to slay in Assassin’s Creed Origins is the enormous crocodile god known as Sobek, and he looks like he means business. If you’ve finished the quest called Aya: Blade of the Goddess, you can take on this trial right now. You’ve got a little bit of time to get it done, though, in case you need to play a bit more to get to the point you need to be at in the game. Sobek will be up to beat to a pulp until Nov. 28.

When you do beat him up, you’ll get a special weapon as well as a piece of gear that’s meant to complete a set that goes to anyone who completes all of the Trials of the Gods battles. If you’re not so keen on fighting him yet, you can wait until an unspecified time in the future, which Ubisoft has stated it will eventually make older Trials of the Gods battles available again. Just have to be patient, though you may not get to grab pieces o the special gear set.

A big boy like Sobek is bound to cause you a little trouble, so you might want to get a little beefed up before taking him on. You can have a peek at what kind of danger he’s offering in the trailer below.