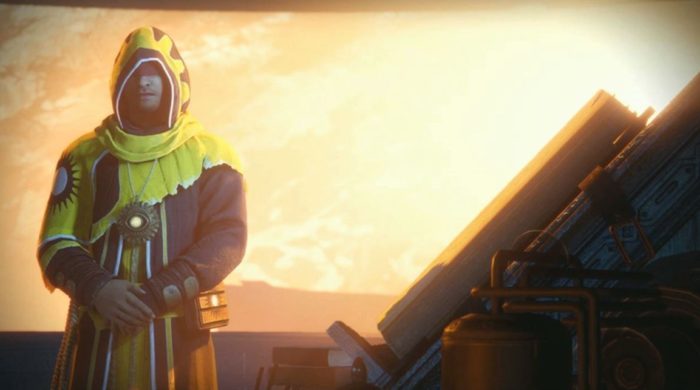 Bungie is adding a new way to gear up in Destiny 2: Curse of Osiris. Today during a live steam revealing more about the upcoming expansion, players were allowed to see how the previously mentioned Forge found in the new and improved Lighthouse on Mercury is used.

Here’s how it works. After beating the campaign players will be able to visit their ol’ pal Brother Vance in the Lighthouse to take on “Lost Prophecies”, which is a quest-like end game event that rewards players with a unique legendary weapon. Each weapon will require you to run some of the events you’ve grown accustomed to in Destiny 2 like strikes and the crucible, for a chance at getting a resource drop you need to complete the Lost Prophecy associated with your weapon.

Also added into the mix as a possible event to farm are Heroic Adventures, a new twist on adventures that take place on Mercury. These will be more challenging, feature modifiers, and seem to be geared for a fireteam, or a really balling out solo player as opposed to the regular adventures which could be taken on solo without much issue.

Once you get everything you need, you bring it on back to the Lighthouse and construct it in the Forge. After a bright blaze of light (which anyone else there with you can see), you’ll have your shiny new legendary weapon.

What was left out are the finer details and answers to questions some, like myself, might have. Such as: How often can these be completed? Will there be new weapons added as time goes on? Or is it once you have all the forge-made weapons, that’s the end of it forever?

However that shakes out, it’s still a neat new way to make current content more rewarding in Destiny 2: Curse of Osiris, and break up the monotony of relying on the raid and random drops from other events to get solid loot.