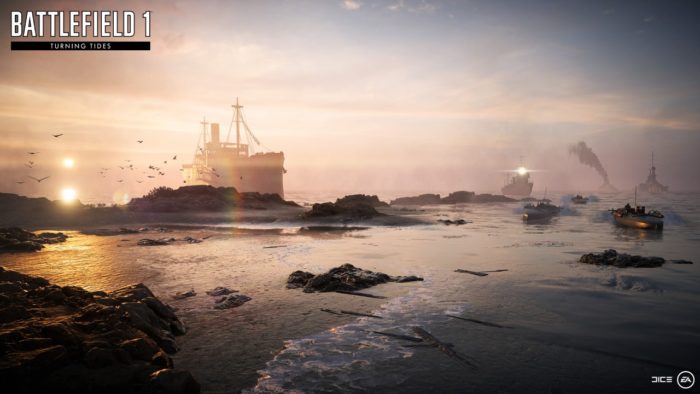 As has been the case with Battlefield 1’s previous expansions, Premium Pass owners will get a two week head start on access to Turning Tides, and after that, the DLC will be purchasable as a stand alone pack for players that prefer to go that route.

The content will be rolled out in two waves. On Dec. 11 two new maps (making up a new operation) will be playable, Cape Helles and Achi Baba, along with new weapons and a new playable L-Class Destroyer ship. At some point in January, a second wave of content for owners of the expansion will release and will include the previously mentioned Royal Marines faction, along with two other new maps which will feature a new airship.

Finally, Turning Tides will also include a new Conquest Assault game mode, along with new challenges and cosmetic options. In case you want to get a sense of the quality of the other expansions first, there will be free trials going on from the previous two expansions from Nov. 22 to Dec. 4., and then again from Dec. 8 to Dec. 10.