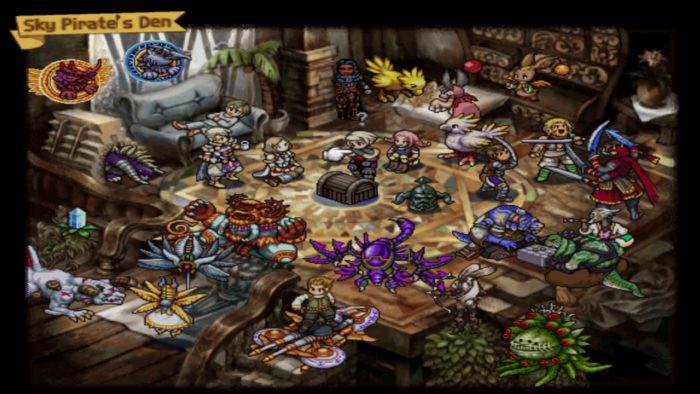 Final Fantasy XII: The Zodiac Age will be getting an update on Nov. 22 which will see the Sky Pirate’s Den come to the game after it was cut from the high-definition remaster.

The Sky Pirate’s Den was featured in the original release of the game and is an area accessed via the game’s menu where sprites of key monsters, characters, and items will appear once certain conditions are met. This was cut from the recent HD release of the game on the PS4 but will now be added thanks to the update.

That’s not all you can look forward to. As Gematsu reports, on the same day the update launches, Square Enix will also launch a free Eruyt Village PlayStation 4 theme in the Japanese PlayStation Store.