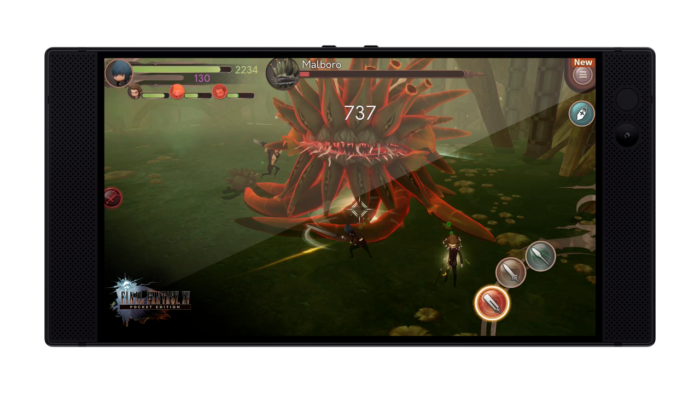 The phone, revealed via today’s Razer livestream event, will feature some pretty impressive specs, such as 8GB DDR4 RAM, a 5.72-inch 120Hz Ultramotion display, aluminum body, and 4000 mAh battery. Moreover, it’ll be the first phone in the world to support the upcoming Qualcomm QuickCharge 4.0+ tech, which should be a pleasant addition to the Razer Phone’s other array of tech goodies. It can supposedly charge a device for five hours with only five minutes’ worth of charging.

In addition, the phone will feature Dolby Atmos stereo speakers, a dual-camera combination with 12-megapixel lenses for the front, and a THX-certified USB-C audio adapter. It’ll feature Android 7 Nougat straight out of the box, and will be ready for Android Oreo when it finally launches next year during the spring.

Pre-orders for the phone will be available here at the official Razer site, and the phone will start rolling out, shipping around Nov. 17 in North America and Europe.

Mobile fans who want the biggest and baddest device they can get their hands on won’t have to wait long, as Razer plans to start shipping the Razer Phone out around November 17 in North America and Europe. Even better, fans can go ahead and start dropping their dollars on Razer’s latest device tonight, as pre-orders for the Razer Phone have already gone live over at the official Razer website.