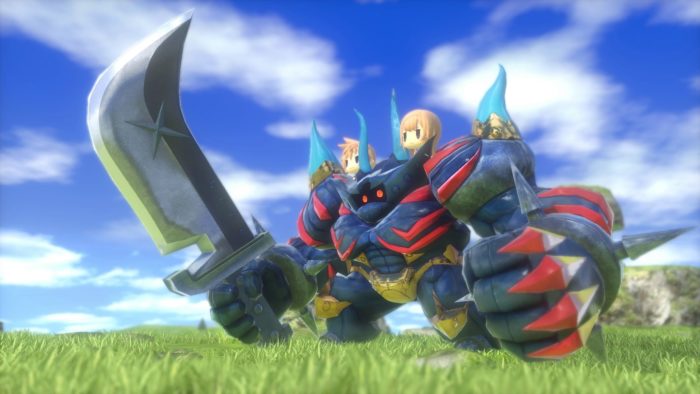 Development and management of the game will be handled by Drecom, with Shinji Hashimoto serving as executive producer and Hiroaki Chiba serving as director. The theme of the game is “casual”, thereby seeing the return of the stacking mechanic found in the original game. In Meli-Melo however, players will be able to stack up to 6 characters when they’re all small-size, up to 4 with mediums, and 2 with larges.

Gameplay in general is radical different in this new title, as users will be able to recruit the help of friends while playing and a “Garden Dome” feature allows them to befriend Mirages to help in exploration of the world of Valgallan. Despite all the changes, Meli-Melo will in fact see the return of beloved characters from World of Final Fantasy.

This smartphone was planned before development on the aforementioned original game even took place. It was decided that a console version of the title should be worked on first to save costs, as ultimately the team could just reuse assets. This being said, the World of Final Fantasy series was positively received when first introduced to market, going on to accrue 800,000 sales and “plenty of support from abroad.”

Meli-Melo won’t be the last that fans hear about a World of Final Fantasy game, as Square Enix has promised that the series will continue past the mobile game’s launch. What exactly this entails remains to be seen, though it seems like another console iteration doesn’t seem too out of the question.