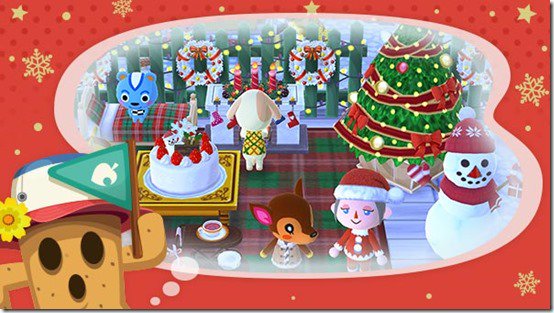 Animal Cross: Pocket Camp is ridiculously popular already, so it makes sense that there’s some special holiday-themed gear as well as special grabs for players who adopted the game specifically on Android.

There’s a new set of Christmas gear coming, and players on Android get a special set of “rainbow” gear with shirts featuring Isabelle and K.K. Slider. There’s also a rainbow-colored hat that “caps” the look off. If you’re playing on Android, you can get all three items now through January 6.

The Christmas event is scheduled to start tomorrow, Nov. 30. There aren’t a lot of specific details on what will be available, but as you can see in the image snowman, cakes, trees, wreaths, Santa outfits, and more should be on offer.

If there’s special gear coming for Android users and Holiday stuff on the way, that means there’s probably more scheduled for some point, but we don’t have any specific information on what that might include in the future. The game has been amassing several downloads in the few days since it’s been available worldwide, so it seems to be doing well for itself.