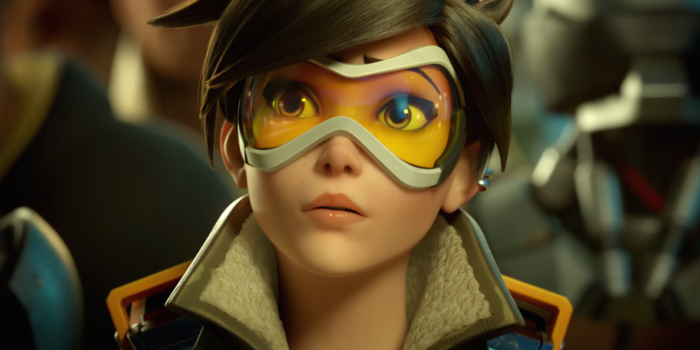 Activision Blizzard wants to take Overwatch to the big screen. Speaking in an interview with MCV, Tim Kikpin, the president & CEO of Activision Blizzard’s Consumer Products Group, said the company “would like that very much” when asked about the possibility of Overwatch being the next game franchise the company turns into a movie after Call of Duty.

As MCV explained, the Consumer Products Group’s mission is to turn Activision Blizzard’s biggest game brands into multimedia franchises. Kilpin was brought on board to head up that group in February after leaving Mattel in 2015. He also previously spent time at Walt Disney, where he was in charge of creating and developing “global, cross-category and cross-function franchise plans for Disney Princesses, Winnie the Pooh, Mickey Mouse, and Pixar properties,” according to his LinkedIn profile.

“We’re a platform and a portfolio, these franchises exist across multiple platforms, so it’s not just the game as a driver, but it’s linear content [movies and TV] as a way to expand the audience and expand the opportunity and then esports [too], because pull all that together and you’re talking about franchises that are frankly like no other,” said Kilpin of Activision Blizzard’s lofty IP goals.

Activision Blizzard previously brought World of Warcraft to the big screen in 2016, and while the movie was panned by critics it did gross $433.7 million at the box office, largely thanks to international success. The company also announced the creation of a movie and TV studio in 2015 with Call of Duty and Skylanders being the first game brands to get plans for a movie and TV show, respectively. Skylanders Academy debuted on Netflix in 2016, and a third season was announced in February. Call of Duty hasn’t found its way to the big screen just yet, but Activision said in April that it envisioned a Marvel-like movie universe for the IP.

“Anytime you take a franchise as storied as this, with this kind of legacy, and expand it into a new form factor you have to be really careful, you’re absolutely right,” Kilpin told MCV of the risks of the Call of Duty movie franchise. “So frankly, if the script and the story isn’t right we won’t do it, it’s not one of those situations where someone is saying ‘I don’t care just get it made!’ that’s not what’s happening. We do think that if it’s done well it has the opportunity to expand the base audience, beyond the traditional foundation that the game appeals to.”