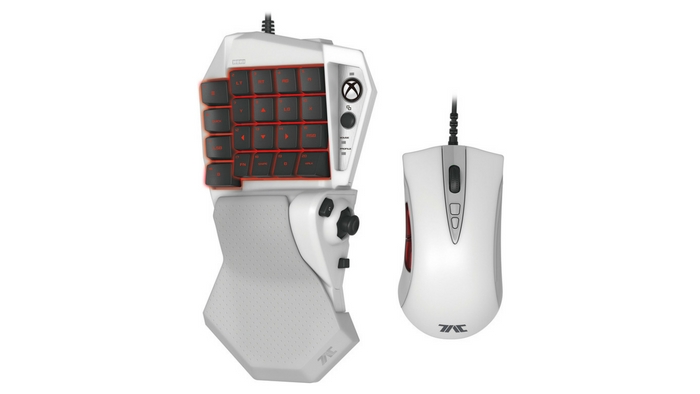 The Xbox One is getting a version of the mouse and keyboard combo that Hori brought to the PlayStation 4 earlier this year. The Tactical Assault Commander Pro One is an officially licensed product and is sure to make a difference when it comes to first-person shooters on the console.

When paired with the mobile app, you can adjust key bindings and sensitivity, and user profiles. There’s also a snipe button, which lowers the mouse response to allow for precision aiming, and a button to lock Aim Down Sights. The controller itself— which looks like a Razer Tartarus — features mechanical keys. LED lighting is available on the keyboard and mouse, so if you drop one of them, you just have to look for the glow to find it.

The Hori Tactical Assault Commander Pro One will be available Oct. 30 for $150.