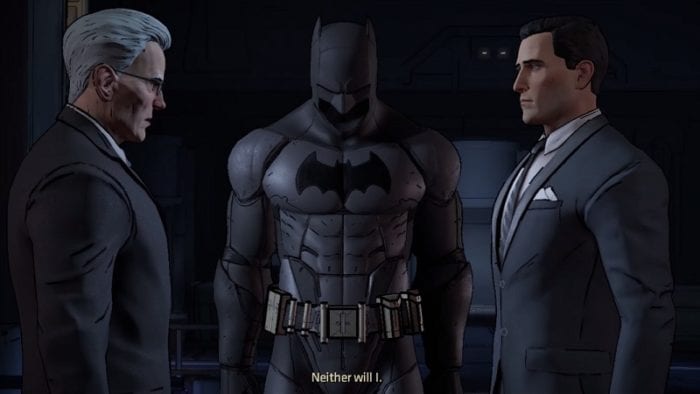 Telltale’s episodic point-and-click adventure ‘Minecraft: Story Mode’ has already seen a release on the Nintendo Switch, but there is one other Telltale series that is heading to the handheld/console hybrid next month, and that game is Batman: The Telltale Series.

We already knew that Telltale would be bringing the first season of the super-hero adventure game to the Switch, but now the company has announced a release date for North America, Europe, and Australia. You’ll be able to download the whole first season of Batman: The Telltale Series on Nov. 14 in North America and on Nov.17 in Europe and Australia. The title will be available digitally and physically for the set price of $39.99; here’s a new trailer from Telltale that will surely get you excited for the Switch release:

It’s great and all that the Switch is getting at least the first season of Batman, but Telltale has not stated whether or not the system will see the second season – The Enemy Within – anytime soon. We’re sure that Telltale will give us news on that, maybe after the launch of the first season on Switch.