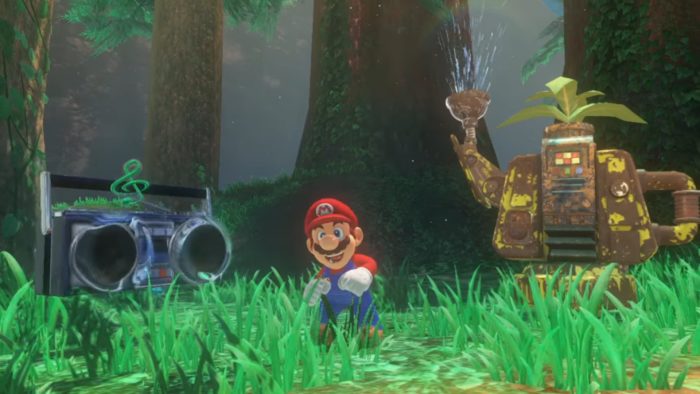 The latest Nintendo Switch update is now live, allowing fans to finally record their gameplay. While the feature is useful for sharing those cool moments with your friends, it only supports certain games. Luckily, you can capture your adventures in Super Mario Odyssey when it launches next week!

A tweet from the game’s official account confirms that you’ll be able to save the past 30 seconds of your journey via the Capture Button. That said, only four games currently support the new function: The Legend of Zelda: Breath of the Wild, Splatoon 2, Mario Kart 8 Deluxe, and ARMS. Super Mario Odyssey will be the fifth game to support it, but Nintendo has yet to reveal any future titles that will work with video capturing.

The upcoming game will follow Mario on another adventure to rescue Princess Peach who is being forced into marriage. He teams up with a new ally named Cappy who takes the form of his new hat. Together, they must explore new kingdoms and collect Power Moons throughout the game.

Super Mario Odyssey is slated to launch this Oct. 27 on the Nintendo Switch.