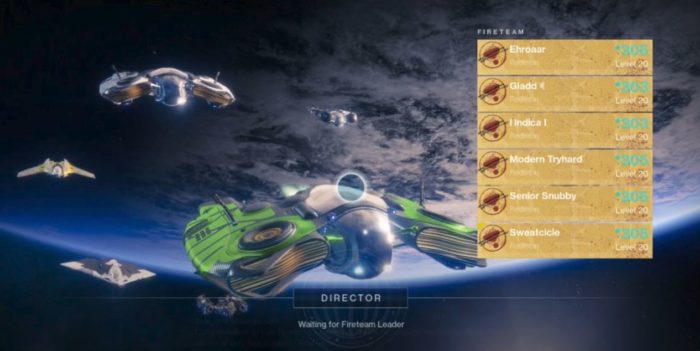 Congratulations were in order, or so Bungie thought when it learned the players of Clan Redeem had beaten the “Prestige” version of Destiny 2’s Leviathan raid. The only problem, as Comic Book first reported, was that Clan Redeem had glitched its way to victory. Whoops.

“Congratulations to Clan Redeem for being [the world’s] first to complete the Prestige Raid,” tweeted Bungie, “by a margin of only four minutes! Good game.”

Prestige variants are meant to be more difficult than their standard versions, throwing more enemies at players. As such, it seemed like quite an accomplishment for a clan to have conquered one in such short order. Destiny 2 fans weren’t impressed, however. Fans immediately took issue with Bungie’s congratulatory message given that a member of Clan Redeem can clearly be heard in this video admitting that he’s “coil glitching.”

Coil glitching allows players to instantly restore a power weapon’s ammo. While taking advantage of this exploit is technically not against any rules set by Bungie, most players would argue that doing so is video game chicanery. In one clip, the exploiter himself can even be heard referring to the move as the “dubious glitch.” That doesn’t exactly inspire confidence that Clan Redeem was acting in good faith, and many Destiny 2 players are aggravated by this reality.

While some players have defended Clan Redeem, insisting that all that happened was a player took advantage of a bug Bungie failed to program out of its game, many others are incensed that Bungie would recognize exploiters as the world’s first to accomplish an in-game feat. An impromptu, unscientific poll with more than 1,100 responses as of press time indicates that 75 percent of Destiny 2 players think Bungie should redact its labeling of Clan Redeem of the world’s first to beat Leviathan on Prestige mode.

The question of who would even be worthy of being awarded the label in place of Clan Redeem is a tricky one, however. That’s because some fans have pointed out thta the second and third, and likely a number of other, groups to beat Leviathan on Prestige also took advantage of the coil glitch.

To date, no response has come via the Bungie or Destiny 2 Twitter accounts. Neither have the game’s community managers tweeted anything about the matter. Fans haven’t even been able to elicit a response from Bungie by the tried-and-true internet method of arguing on the game’s official forums and Reddit.