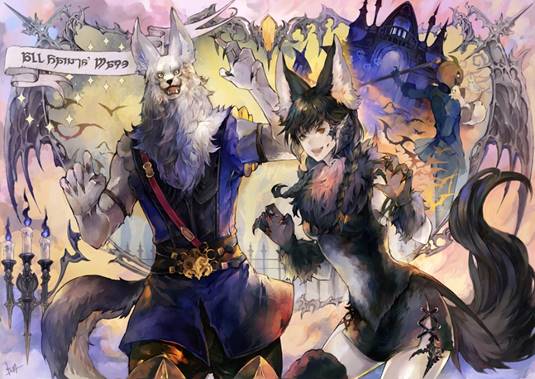 Halloween is coming to Final Fantasy XIV, which will see the return of the Continental Circus for All Saints’ Wake between the October .19 to November .1. Patch 4.11 will then release days later on October .24.

Intrepid adventurers that make their way to the woods of Gridania between these dates will be able to meet a traveler from distant lands, and find out just why he’s ventured such a long way. As part of the in-game event, players will be able to earn a unique outfit for their character and set out to collect a range of spooky items. As listed on the Final Fantasy XIV website, rewards will include a dyeable Werewolf Attire set for either women or men and a set of themed furniture including a Ghost Candlestand, a Pumpkin Tower, a Pumpkin Pie Set, a Pumpkin Pudding Set, and a All Saints’ Wake Advertisement poster.

The men and women and more nebulous entities of the Continental Circus are about their business once more, and various parties are duly concerned. However, an Adventurers’ Guild investigator is worried not only for the well-being of the local populace, but that of a goodly traveler with certain uncommon traits..

Players must be at a level 15 or higher to take part in the event, which will only trigger upon the completion of “It’s Probably Pirates”.

Soon after on Oct .24, patch 4.11 releases, introducing the Unending Coil of Bahamut (Ultimate), which promises to require even more determination than “Extreme” and “Savage” difficulty battles.