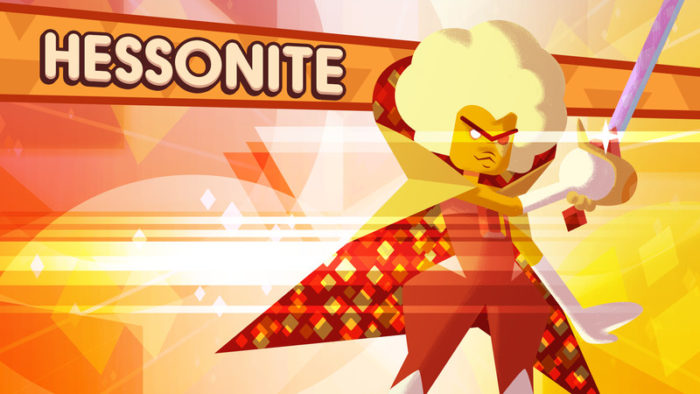 A new Steven Universe: Save the Light trailer has dropped showing a new gem created just for this game: Hessonite. This new Homeworld Gem seems like she’ll be one of the leading antagonists in the Save the Light and is a type of Garnet.

In the trailer revealing Hessonite, we see her land in a spacecraft that looks like an upside-down pyramid. Unfortunately for Greg Universe, she chose the It’s a Wash car wash to land her ship. She seems to be after the Light Prism, an item that can summon an army of light that makes for a powerful weapon.

Hessonite is a pompous and cold gem which looks to be the commander of the Gem efforts on Earth in Steven Universe: Save the Light. Her appearance marks the first time a gem type has been introduced outside the show, and the first time we get to see a kind of Garnet that isn’t a fusion. One of Hessonite’s underlings is Squaridot, who is a Peridot that looks square.

Steven Universe: Save the Light will release on PlayStation 4 October 31, and Xbox One November 3.