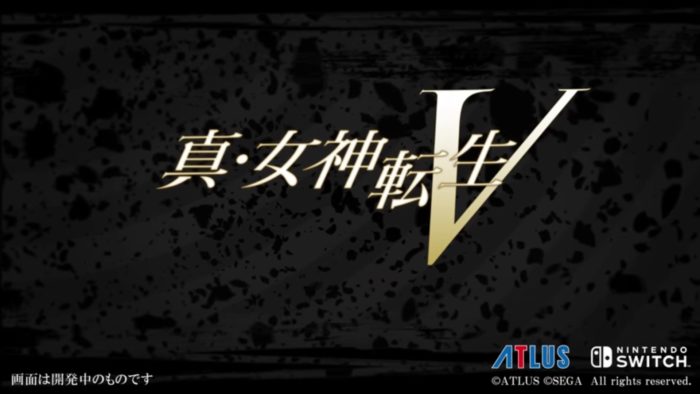 Atlus has officially revealed the latest entry into the Shin Megami Tensei series via livestream. We were first shown a tease for this new title at the Nintendo Switch reveal event, but news on the title has been very quiet ever since.

Today, Atlus launched a brand new trailer that finally gives the title a name: Shin Megami Tensei V. It was speculated that this title may be a collection of the previous 4 entries in the mainline Shin Megami Tensei series, but that isn’t the case. It is a brand new, full-fledged sequel exclusive to the Nintendo Switch.

This is the first time in over 10 years that a numbered title will appear on a home console; the last of which was Shin Megami Tensei III: Nocturne way back during the PlayStation 2 days. The two games released under the Shin Megami Tensei IV moniker were 3DS titles.

The trailer gives us a first glimpse at the main characters. We see them both in a peaceful, modern-day version of a Japanese train station, before shifting to a more gruesome version of the streets of Tokyo. Fans may recognize the corpses of many staple monsters from the series.

For those who may be unaware, the Persona series is actually a spinoff of Shin Megami Tensei. Those who jumped onto the series with Persona 5 might want to keep an eye on this one.