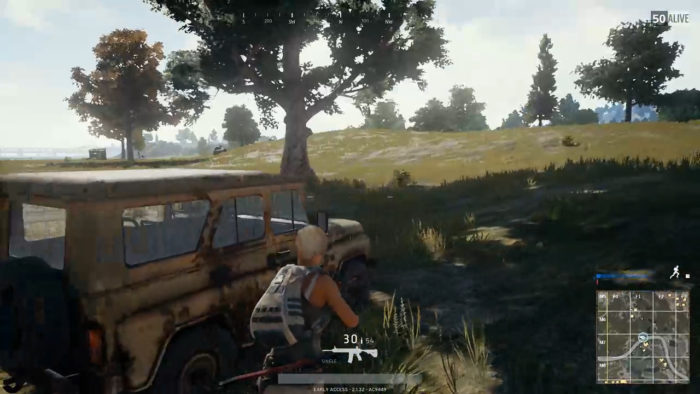 PlayerUnknown’s Battlegrounds is still coming to Xbox One soon, but in addition to being realized as a digital game, it’s going to be receiving a physical copy as well.

The game, which is coming to Xbox Game Preview later this year on Xbox One, has been revealed to be receiving a physical version since PUBG creator Brendan “PlayerUnknown” Greene divulged to IGN that it’s something he’s interesting in bringing to fruition. And as should be pretty evident by now, what he wants he usually gets.

“It’s gonna be cool walking into a retailer and seeing my game [in] the store,” Greene said. “It’s not something I would imagine happening four years ago.” Cool indeed, though PC players likely would have agreed it sure would have been sweet to get a physical version of the PC edition at some point too. Perhaps that’s something that could happen in the future, but for now it’s localized to Xbox One.

So if you’ve been waiting around to purchase PlayerUnknown’s Battlegrounds all this time and weren’t sure whether you wanted it on Xbox One or PC, the fact that a physical copy is coming should very well sweeten the deal. You can add it to that pile of shame you’ve been slowly working through the beginning half of the year. No one’s judging!