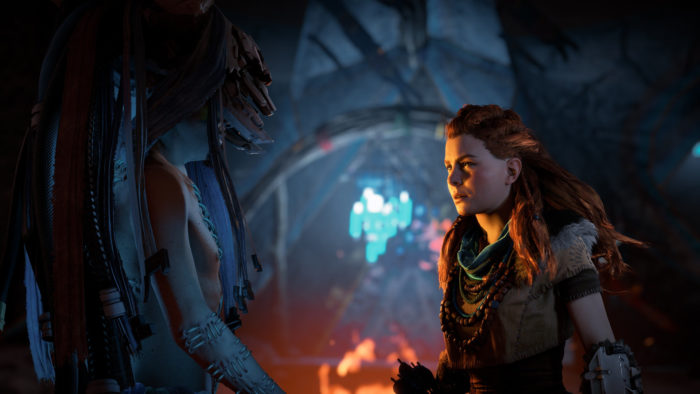 Sony and Guerrilla Games have hit a trademark snag with Horizon Zero Dawn’s DLC. The US Patent and Trademark Office suspended Sony’s trademark application for next month’s The Frozen Wilds on September 18, as was first noticed yesterday by a NEOGaf user.

The trademark was suspended because Huuuge Global Limited beat Sony to the punch by filing an application to trademark Frozen Wild back on May 28. Frozen Wild is a free-to-play mobile slot machine game Huuuge released on October 17. Sony and Guerrilla didn’t file a trademark request for The Frozen Wilds until June 12 despite announcing the expansion in March.

Because both products are video games, the US Patent and Trademark Office must consider whether or not it’s reasonable to expect consumers to confuse Frozen Wild and The Frozen Wilds.

“If the mark in the referenced application(s) registers, applicant’s mark may be refused registration under Section 2(d) because of a likelihood of confusion with that registered mark(s),” the reads the US Patent and Trademark Office’s suspension notice.

If the Office decides there is a reasonable chance of confusion, Sony and Guerrilla will most likely either have to rename The Frozen Wilds or pay Huuuge to rename Frozen Wild. Horizon Zero Dawn’s DLC, under one name or another, will release for PlayStation 4 on November 7.