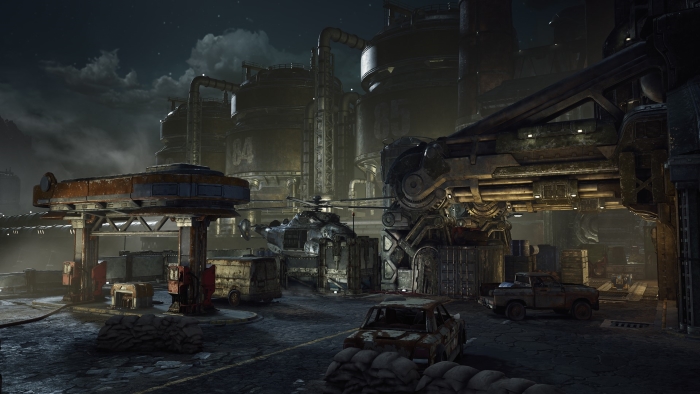 Gears of War 4 developer The Coalition announced today what’s coming in the October update for the game, including the final two maps and more for season pass holders.

The first new map is Fuel Depot, from the original Gears of War, which provides open space for sniper battles and a cluttered warehouse for shotgun duels. The second map is Lift Apex, a re-imagined version of the Gears of War 4 launch map, that removes the lift and makes the map smaller for more close quarter encounters. Season pass holders can play on the new maps in the Developer Playlist with double XP and 20% more credits starting Monday, Oct. 23, while everyone else must wait until Oct. 30 before being added to the public matchmaking map pool.

The studio has provided two new maps to play in public matchmaking every month for all players since the game’s launch in October 2016. Those who owned the season pass were able to play the monthly maps two weeks before everyone else and selectable in private matches.

Since all the maps announced have been released, The Coalition is introducing a ‘Map Owned’ bonus for all players sometime in the coming months. The bonus gives players a permanent boost for both XP and credits for completing matches in Versus or Horde on maps that are owned. Those without the season pass will receive the bonus on the 10 maps released at launch, while season pass holders will gain the bonus on all 34 maps.

While the October update marks the end of regular map drops, the studio has said Gears of War 4 will be continually updated with new events. Future events include the Halloween event on Oct. 27, the franchise’s 11 year anniversary on Nov. 6, and the free Xbox One X update with 4K resolution on Nov. 7.