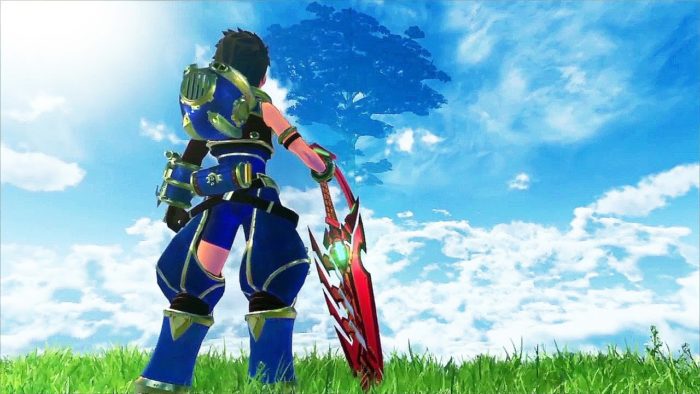 The footage shed more light on the game’s unique world, Alrest. The entire world is covered by a sea of clouds, populated by giant creatures called Titans. It is on these beasts that humans have erected cities and villages. At the center of the sea of clouds lies the World Tree, a source of great power.

Each Titan is home to a different empire, each controlling their Titans using different means. One of the stars of the games is actually a smaller Titan named Azurda, who’s body is home to a small boy called Rex, who is the protagonist of the ambitious RPG.

Like other games in the Xenoblade series, Xenoblade Chronicles 2 is set in a massive fantasy world that combines the technological with the magical.Combat is still similar to that of an MMO, with auto attacks and abilities making up a bulk of the action. However, new allies called Blades enter the fray, lending their strength to the main fighters who are dubbed the Drivers. Combat is all about synergy between Drivers and Blades, adding a lot of depth to proceedings.

A team is made of three Drivers and three Blades. The Key to combat is finding the right combination of each, matching up the best Blade Arts with the best Drivers. If it sounds complex, it’s because it appears to be a very deep combat system, which is completely normal for the series.

The story will take place across multiple Titans, engaging with the various empires and learning about their different philosophies as everyone heads for the World Tree.

A special edition of the game will also be available with a soundtrack and artbook. A Xenoblade Chronicles 2 themed Pro Controller will also be launched alongside the game.

Xenoblade Chronicles 2 will release on the Nintendo Switch on December 1.