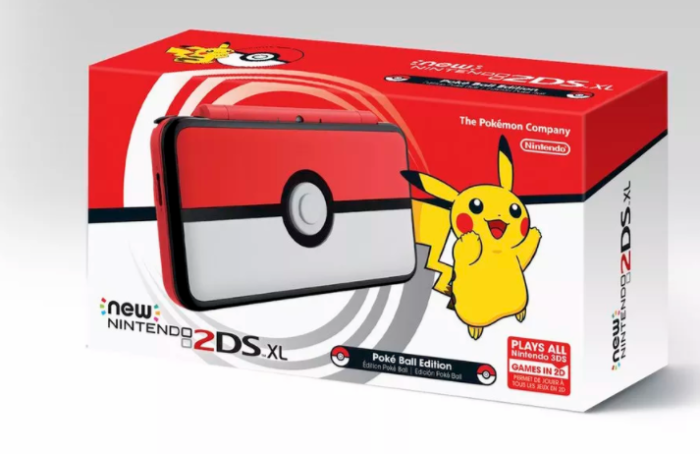 If you caught the Nintendo Direct today, you likely also saw the stream open up with Pokemon Ultra Sun and Moon, which will be gracing us with its presence in just a couple of months. But what really stole the show was the introduction of a Poke Ball-styled New Nintendo 2DS XL that actually looks way cooler than the orange and white model that was also advertised during the presentation.

Sure, the previously Japan-only orange and white version is attractive and low-key enough, but it’s also just not as awesome as a clamshell 2DS that looks like someone flattened out a Poke Ball and then decided to let people play games on it. Unfortunately, it doesn’t come packaged with any of the Pokemon games like the upcoming Pokemon Gold and Silver, but it will be released on November 3, just ahead of Pokemon Ultra Sun and Moon.

So if you just sprung for the first New Nintendo 2DS XL, you may find yourself coveting this one. Don’t worry, we all are.