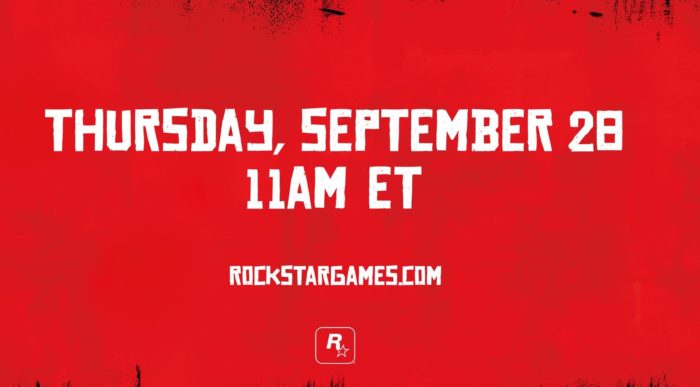 Rockstar Games is planning something Red Dead Redemption 2-related, and it’s set to tell the world what it is next week. In a tweet this morning, the developer teased that it’s planning…something for September 28 at 11 a.m. EST.

The developer offered zero clues as to what the announcement will be. In fact, Rockstar didn’t even mention Red Dead Redemption 2 specifically or even explicitly mention that it would be announcing something. It merely tweeted the above image showing next Thursday’s date on a red field matching the brand imaging the studio uses for its Red Dead franchise.

Red Dead Redemption 2 is set to launch on PlayStation 4 and Xbox One in Q2 2018 after being delayed out of its original 2017 release window earlier this year.