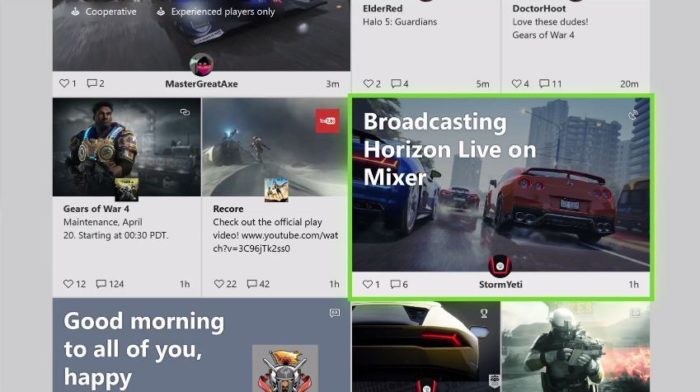 Last month, it was announced that Xbox One users would soon be getting a “Light Mode,” that brightens up your dashboard and interface with a white theme, as opposed to the Xbox One’s usual dark style. Yesterday, this mode finally went live for Xbox One testers, to make sure the kinks are ironed out before the full launch.

If you’re interested in giving light mode a try and you’re an Xbox One Tester already, then you simply need to head into the console’s settings to toggle the feature. You can change between the two as you wish if you don’t like light mode – it’s surprising how different the whole interface looks and feels with a simple pallet swap. Looking at light mode, it looks much cleaner than dark mode and seems way more welcoming.

Light mode comes alongside the other major changes to the dashboard, which are also available now for testers. The UI seems much faster and easier to navigate, and Microsoft have made sure to put an emphasis on customisation and accessibility this time around. The guide’s changed to go along with the dashboard switch up, too, following in a similar style.

The light mode update will most likely hit alongside the dashboard update before the Xbox One X launches this November, and will almost certainly the last major Xbox One update of the year. The Xbox One X is exciting for fans, touting the capability to run some games in a native 4k resolution.