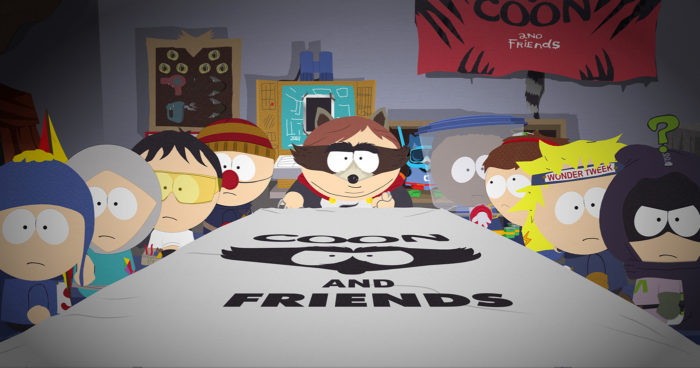 Anyone that knows South Park knows that the show has always used its own unique brand of humor. Translating that humor into a game can be a tricky job at times, but South Park: The Stick of Truth clearly showed how it can be done. Recently, Twinfinite got the chance to sit down with Jason Schroeder, game director of The Fractured But Whole.

Schroeder talked a bit about what it was like working with Matt Stone and Trey Parker, the creators of South Park, as well as the humor that’s been injected into the game. We asked Schroeder if there was any kind of line you had to draw on putting content into a South Park game, anything you just couldn’t use because of video game rating systems. His response was that you kind of had to shut off all of those tendencies, and trust that Matt and Trey knew what they were doing.

“The biggest thing was trying to make something authentic to what they want to do. You know they’re series at this point, they know how to get away with so much more now than they did at the beginning. With their feature film, you know, they tested what it means to get across the movie ratings board, and when they made their musical I think they realized that there’s no one reading musicals and they went crazy with it. I think that they’ve learned to walk that line, and for me it was just really trying to make sure that Ubisoft would never be responsible for having censored them. We just put it all in [laugh].”

This means that The Fractured But Whole is pure South Park, as offensive and ridiculous as you might expect at times. Our time with the game showed that Ubisoft really has stuck with the tone of the show perfectly, and Schroeder even thinks it could be the funniest game ever made.

You can take a look at our full Q&A right here. South Park: The Fractured But Whole launches on October 17 for Xbox One, PS4, and PC.