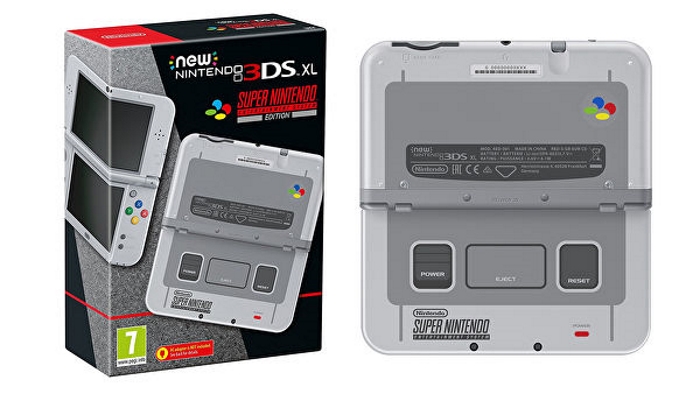 The Super Nintendo Entertainment System edition of the New Nintendo 3DS XL, announced last month, is now available for pre-order for those living in Europe.

Currently, the only places to pre-order right now are through Amazon UK and Toys R Us. Amazon UK has the system listed at its original retail price of £179.99, while Toys R Us is selling for £5 cheaper.

The New Nintendo 3DS XL SNES Edition does everything a New Nintendo 3DS XL can normally do, such as offering extra buttons and amiibo support, but features the design of the Japanese and European SNES. North America received a very different looking SNES when it first released, featuring a more boxy shape with different shades of purple.

The system launches Oct. 13 and is only available in Europe, as there are no plans for a North American release. The nostalgic-themed 3DS releases two weeks after Nintendo’s other retro console, the SNES Classic Edition, on Sept. 29.