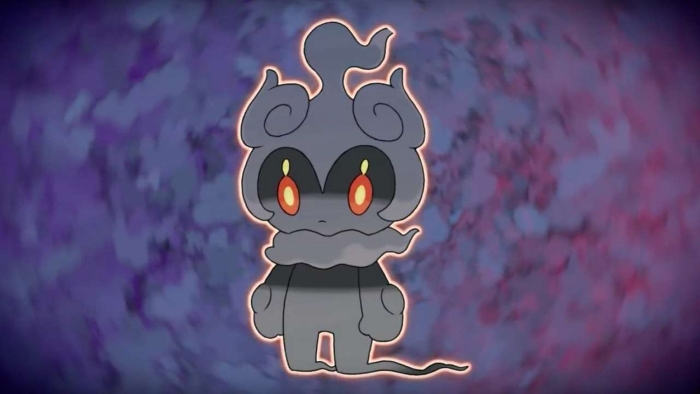 Nintendo has announced when and how Pokemon Sun and Moon players can get their hands on the Mythical Pokemon Marshadow.

Players can receive the Pokemon by visiting a participating GameStop in the US starting Oct. 9 to obtain a free code. The promotion ends Oct. 23, and this is the only option to catch Marshadow currently. Marshadow can be redeemed in Pokemon Sun and Moon by inputting the code through the Mystery Gift option, and then speak to the deliveryman inside any Pokemon center in-game.

The Fighting/Ghost-type Pokemon already comes at level 50 and equipped with a Z-Crystal Marshadium Z to use its Soul-Stealing 7-Star Strike Z-Move in battles. Its regular moves are Close Combat, Force Palm, Shadow Ball, and Spectral Thief. Check out Marshadow’s other stats and backstory here.

Marshadow is a new Pokemon that was recently announced last April by appearing in the Pokemon the Movie: I Choose You! trailer. The twentieth Pokemon movie in the series was released for Japan in July, though no release date for western countries has been announced.