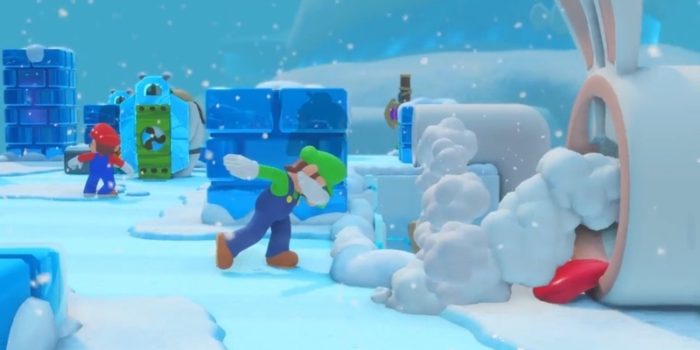 Mario’s younger brother Luigi, has always taken the backseat in the duo’s adventures, except when the timid brother starred in his own games, like Luigi’s Mansion. The good thing about Luigi is that he can usually jump farther than his much shorter brother, making him a necessary ally in Mario + Rabbids: Kingdom Battle.

One day before launch, Ubisoft has released a new trailer that showcases what Luigi will be bringing to the fight against the dastardly Rabbids. We see his ability that lets him advance farther in the maps as well as grant the ability to other team members, what’s really interesting in the trailer is this certain new move that Luigi does. If you watch the trailer and head to around the 0:25 second mark, you can catch a quick glimpse of Luigi performing – what the kids like to call – a dab.

Luigi dabbing while fighting foes maybe proves that he’s gotten a bit more confident in his combat abilities. We wonder if Luigi has any other moves hiding under his overalls; only time will tell.

Mario + Rabbids: Kingdom Battle launches tomorrow for the Nintendo Switch; you can check out our review right here, as well as our ever-growing wiki guide.