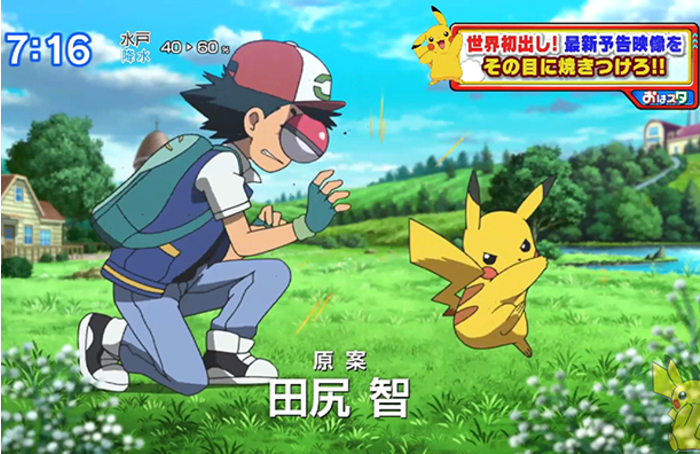 For the 20th anniversary of Pokemon, the 20th Pokemon movie: I Choose You will take Ash back to the beginning of his journey as a trainer. This origin film will show Pikachu and Ash’s adventures to seek out the legendary Pokemon Ho-Oh. Ash will have new companions that have never been seen before and a new Pokemon, Marshadow, will make its’ first official appearance. You can watch the new trailer for the movie right here:

The story of the movie seems to loosely correspond to the first episode of the anime when it was aired back in 1997. As such, it deals with Ash’s meeting of Pikachu and how the pair became so closely tied to one another.

Since being found in Pokemon Sun and Moon, the legendary Pokemon, Marshadow, will be part of Ash and Pikachu’s adventure. Team Rocket will be following Ash’s trail as always, so prepare for some blasting off action courtesy of Meowth, Jesse, and James.

Pokemon The Movie: I Choose You! debuts in Japan on July 15 and there is no word on a Western release date yet.