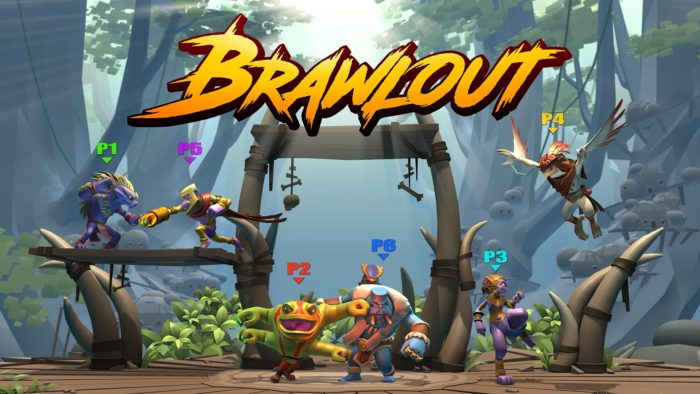 The biggest platform fighting game is without a doubt the Super Smash Bros series. While they have released solid titles year after year, they have always been Nintendo exclusives. However, more and more games are coming in to fill the void with games like the free-to-play Brawlhalla, currently in early access for Steam. One more game has decided to join the fray: Brawlout.

Developers Angry Mob Games has announced an Apr. 20 early access release date on Steam, with a PlayStation 4 and Xbox One launch in Q3 2017. While clearly inspired by Super Smash Bros, the title is more of a hybrid between platform fighters and a traditional fighting game. While games like Smash Bros and PlayStation All-Stars featured characters tied to the parent company’s franchises, Brawlhalla introduced brand new, original characters.

CEO of Angry Mob Games seems confident that Brawlhalla is a game that people have been looking for, stating in his press release:

We’ve heard what players miss from classic fighters and what they love about new ones, and Brawlout is designed to give people the best of both worlds, whether that’s ruining friendships around the TV or going online to anger strangers in tournaments.

Brawlout will kick off with 6 different playable characters, each with the own unique move sets and playstyle. For each fighter’s bio, check out Brawlout’s official website.  The game will feature a campaign mode, couch co-op, and online multiplayer.

Brawlout will retail for $19.99, £14.99, or €19.99 depending on your location. Streamers interested in streaming the game can request a copy of the game through the main website.