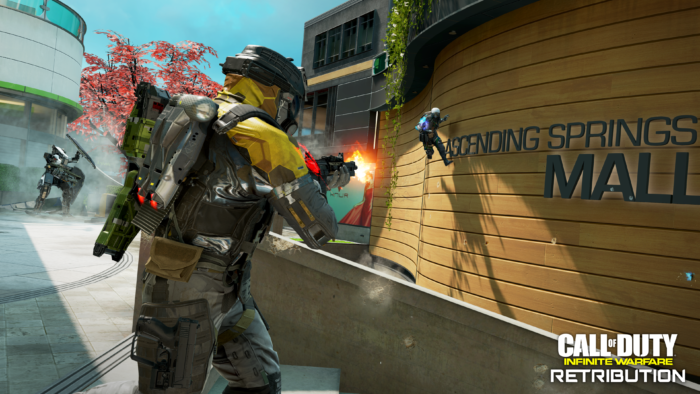 The biggest draw here aside from the new maps is certainly the new zombie map, which is set in an abandoned military base on a frozen ice planet. It certainly doesn’t look like anywhere anyone would want to take a vacation to, mind you. As the last chapter in the five-part Call of Duty: Infinite Warfare zombie experience, you’ll see the return of Willard Wyler once more (Paul Reubens) as well as the same familiar characters you saw in the last chapter, Attack of the Radioactive Thing.

As you can see in the trailer below, the new zombies map is another “horror movie” to escape as crew members become infected throughout the military outpost, which eventually give way to hordes and hordes of the undedad. There’s a slew of new weapons, traps, and returning characters voiced by Seth Green, Ike Barinholtz, Jay Pharoah, and Sasheer Zamata.

You’ll get to check out the maps and new zombies experience next week, when it all drops on September 12, if you’re not buried in Destiny 2 grinding by then, that is.