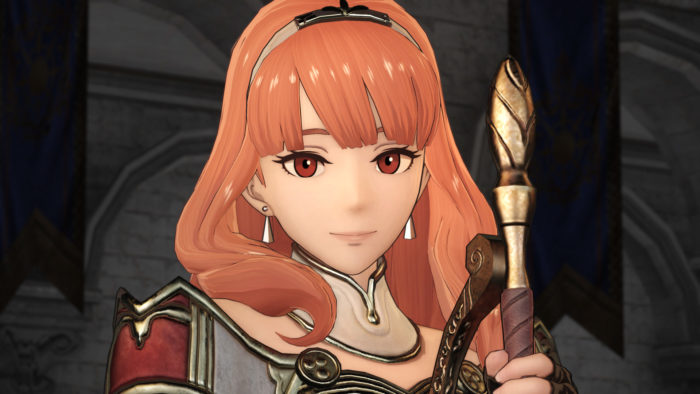 Fire Emblem Warriors has added yet another hero from the series, this time with Celica from Fire Emblem Echoes: Shadows of Valentia. One of the two main protagonists of Echoes, Celica uses her sword as well as powerful light magic to attack enemies. You can see some of her abilities shown off in the new TGS trailer released down below.

Celica is the second character to be revealed recently, joining Lyn who was revealed last week during the Nintendo Direct. This means the game now features characters from Fire Emblem Awakening, Fates, Shadow Dragon, The Blazing Blade, and Echoes. Another new tidbit of information was revealed for Warriors, as it looks like the game will have the recurring feature from the series of support conversations. By fighting together warrior’s bond level will rise, allowing you to see conversations with different characters from across titles.

Fire Emblem Warriors is set to release on October 20 for Nintendo Switch and New Nintendo 3DS.