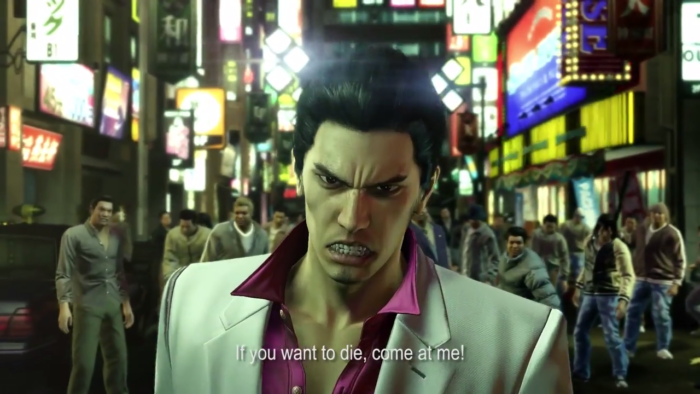 The latest Yakuza Kiwami trailer has dropped, and it shows a bit of what we can expect in Kamurocho this time around. We see our hero Kazuma Kiryu fighting thugs and get a chance to see his different fighting styles. He also partakes in some minigames and visits entertainment venues in his free time.

Kiryu has four different fighting styles in Yakuza Kiwami, and we get to see the Brawler, Beast, Dragon, and Rush styles in action. Beating down bad guys looks just as fun as it is in Yakuza 0, and looks to be a further evolution of that combat system.

After fighting some hoodlums, Kiryu gets in some leisure time. He does some shopping at the Don Quijote; then he heads over to eat some sushi. After that, he visits a hostess, does a bit of gambling, and continues his tour around town.

Sega has also launched the Yakuza Experience website that is full of excellent background to the Yakuza series. There is also a 10-issue digital comic releasing on the site that takes you through the series from Yakuza 0 all the way up to the upcoming Yakuza 6: The Song of Life. The first three issues are available now and do a great job of setting the stage for Yakuza Kiwami.

You can play Yakuza Kiwami when it releases on PlayStation 4 on August 29, 2017.