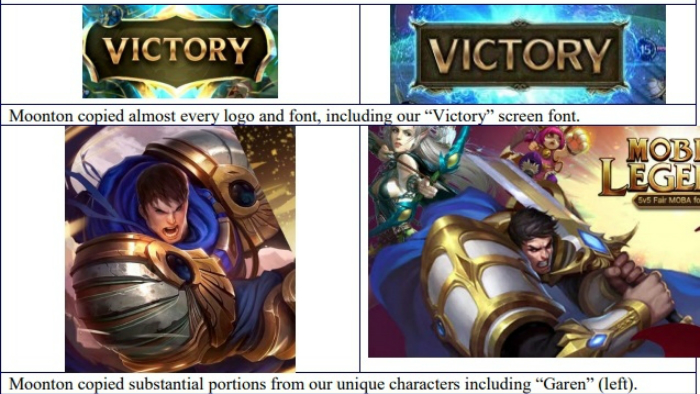 Chinese video game studio Moonton has been called out by more than a few members of the media, and Riot Games themselves for allegedly copying League of Legends characters in one of its games. It has denied those allegations and stated that media and competitors have spread “unreal information and rumors” about it and that it reserves the right to protect itself and take legal action.

Whether intentional or not, Moonton’s game Magic Rush contains characters that do bear striking similarities to those in Riot Games’ League of Legends. The characters were so similar in fact that Riot has filed a suit against Moonton in the United States citing copyright and trademark infringement.

Riot states that in 2016 it discovered Magic Rush when it was first released. It went on to say that all of the playable characters in Moonton’s game were near carbon copies of League of Legends champions.

One of Riot’s examples of infringement featured its character Annie and Moonton’s character Emily. They’re both young girls; both have large toy bears that they can summon to fight for them, and both use fire to attack enemies.

In the same complaint, Riot says in a 2016 communication it informed Moonton of the infringing material. Moonton made changed to the game to “fix” those infringements, but then released Mobile Legends: 5v5 MOBA which uses a battlefield that looks almost exactly like the Summoner’s Rift from League of Legends.

For a full list of Riot Game’s allegations, you can refer to the complaint filed in LA Federal Court. Cloning has been a widespread issue in mobile gaming, but it looks at least one studio is taking a stand for their intellectual property.