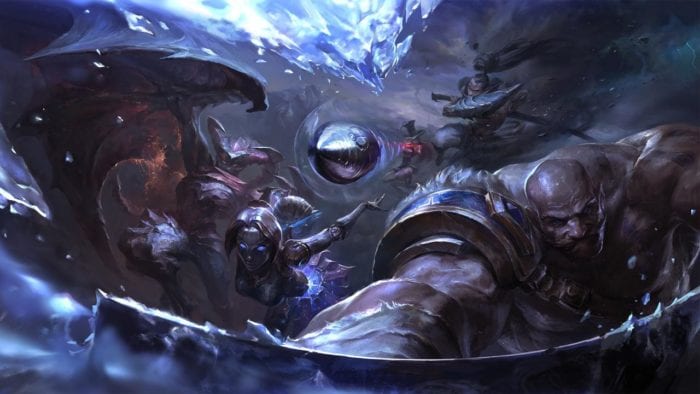 League of Legends is one of the most played games of all time, and it earns an obscene amount of money every day. But would it still be as massively successful as it is if it was under a different (and slightly less catchy) name? In celebration of the 1 year anniversary of Ask Riot, a program that lets players ask any question they like about League, a video hosted by the Riot Games founders themselves was released. Marc Merrill and Brandon Beck were asked a series of questions directly posed to them from fans, and one of them gave us an interesting insight into the naming of League of Legends.

“We almost didn’t call it League of Legends,” Merrill said in the video. “Part of League of Legends’ name is that it fits from an IP standpoint, because there are so many different legendary characters, who are really interesting, and the game is really about them.” Beck chimed in after this; “For a while we had (the name) Onslaught, representing the constant barrage of minions from both bases, but it was way too metal.” Calling it Onslaught would’ve probably given it a completely different feel and aesthetic, so it was probably a good idea to change it to League of Legends, guys.

The creators also gave an insight into the placeholder name for League of Legends, too; Hero Wars. “It was like the second week when we started putting files in folders, like ‘Hero Wars, because who knows what the hell we’re gonna call it.'” Honestly, Hero Wars might not have been a bad name – better than Onslaught, anyway. You can check out the full video above, where Merrill and Beck are asked many other questions, about both themselves and their game.