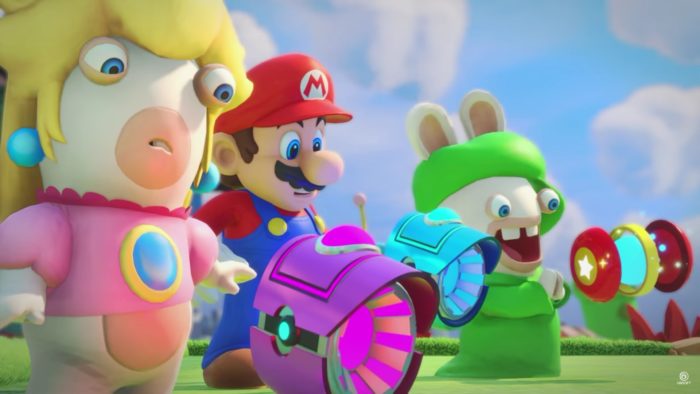 During E3 last month, Miyamoto went on stage during Ubisoft’s press conference to help announce that Mario + Rabbids: Kingdom Battle was indeed a real game and that it was coming to the Switch exclusively. Davide Soliani of Ubisoft Milan started tearing up in the crowd once the realization hit him that he was directing this collaborative project between Nintendo and Ubisoft.

Soliani and some of the other team member behind the game spoke with NintendOn about Mario + Rabbids and Soliano had some exciting comments to share on the game.

“Doubts, fears, work anxieties, all of this dissolved the moment when Miyamoto-san got on the stage, and in that very moment every piece fell into place, justified and legitimate. Since we came back to Italy, I’ve been trying my best to fully realize what happened. I’m in seventh heaven. I don’t see Mario + Rabbids Kingdom Battle as the perfect game or THE masterpiece, but I see it as a solid, honest, beautiful game. I hope to be able to really connect with the players and their comments and create a great future.”

It’s really heartwarming to see Davide feel this way about a game that he’s been working on for the past three years. It’s been his baby for a while now and he’s very excited and ecstatic for people to get their hands on it when the game launches for the Nintendo Switch on August 29, 2017.

If you would like to see comments made by the other members of the development team, you can check that out here.