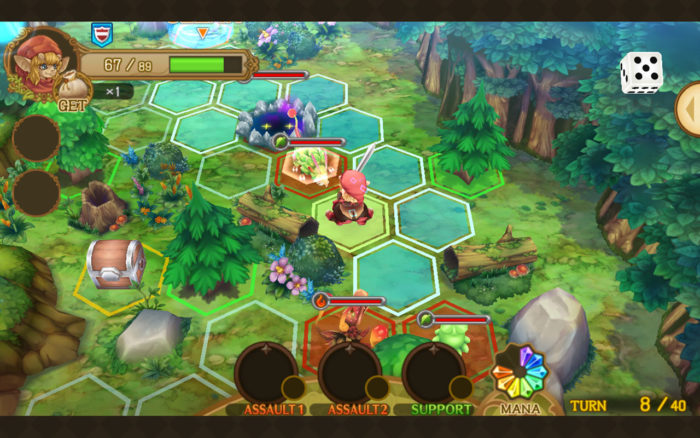 The upcoming smartphone RPG EGGLIA: Legend of the Redcap will launch on Aug. 3 for $9.99 in the West. The title, created by DMM’s Powerchord Studio and Brownies, features a variety of gameplay with resource collecting, elements of town building, and strategic battling. A new trailer released today gives a brief overview of these myriad elements.

Egglia also has a trio of impressive talent behind it. Shinichi Kameoka is the head producer and character designer, who’s also done design work on Mother 3, Sword of Mana, Legend of Mana, and more. At the same time executive producer is Michio Okamiya who produced Romancing SaGa 3, and the soundtrack is composed by Yoko Shimomura of Kingdom Hearts and Final Fantasy XV fame.

Here’s a brief overview of the game from DMM, “Players will explore the land of Egglia as a gentle elf named Chabo and will navigate the world via a turn-based RPG system while hunting monsters for experience and gathering resources on a hexagonal grid. Along the way, players will face increasingly difficult battles against a plethora of enemies and must fight their way through using the game’s unique turn-based dice combat system.”

Take a look at the trailer below, and check out the game’s new English Twitter and Facebook pages for more info.