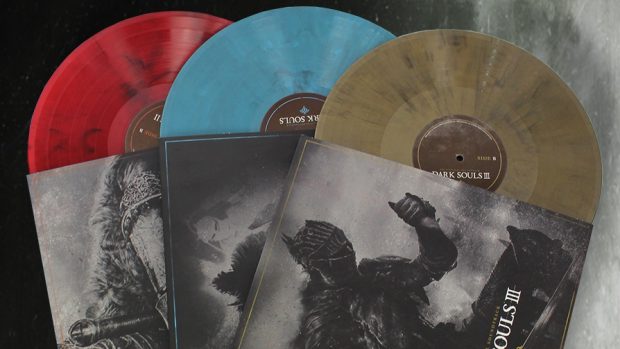 Bandai Namco has just announced that they’ll be releasing a very exclusive a limited vinyl soundtrack set for the music from the Dark Souls trilogy. You can check out the short teaser trailer down below.

‘Bring the Age of Fire to your turntable this Fall 2017 with the exclusive DARK SOULS, THE VINYL TRILOGY, a 9-vinyl collector box that includes all the Dark Souls orchestral themes composed by Motoi Sakuraba and Yuka Kitamura! Stay tuned for more info on how to order one of the 2,000 copies available!’

According to Bandai Namco, the vinyl set will be available on their official store some time this fall, and there will only be 2,000 copies made available. This means that you’re going to have to move fast if you want to snag one of these and avoid having to buy them at a marked up price.

Dark Souls III was released last year, and is now available on the PS4, Xbox One, and PC via Steam.